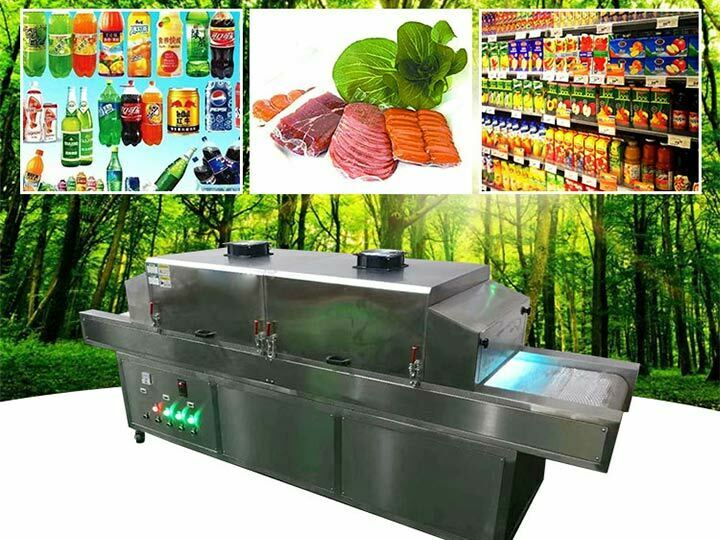 Ultraviolet rays can kill bacteria and have a certain carcinogenic ability. So, can the food processed by the UV sterilizer be eaten?

When UV rays are absorbed by bacteria or viruses, they can damage DNA and make them lose their ability to proliferate. In terms of sterilization results, it is the same as heating or treating with chemicals. However, the method of sterilization by ultraviolet rays does not destroy the nutritional components without heating. Because DNA is not a nutrient for food and those molecules that the body needs are not destroyed. In addition, it does not destroy the natural flavor of the food. After all, chemical fungicides or preservatives introduce new substances, and sometimes bring some “odors”. The DNA molecules destroyed by ultraviolet rays will be decomposed into the human body without generating harmful substances.

Any food processing method will have a certain degree of “damage” to the food. Compared with the most conventional heating, the damage of UV treatment is much smaller. For some foods that want to stay “natural”, such as fruit juice, it has a great advantage.

Ultraviolet sterilization is difficult to achieve such as complete killing by heating or chemical sterilants. Decreasing 4 logarithms is usually used as the “sterilization standard”, that is, one in 10,000 bacteria survive. The pasteurization of fresh milk-processed at 72 degrees Celsius for 15 seconds-usually decreases by 5 logarithms, meaning that at most only one in 100,000 bacteria survive. In the case of ultra-high temperature sterilization of milk at room temperature, the reduced logarithmic value is more than 12 and almost no bacteria can survive.

Different microorganisms have different sensitivities to ultraviolet rays, some of which will be killed in large quantities at lower energy intensities, while others require higher energy. Taking the reduction of 4 logarithmic values as a standard, some of the bacteria detected in the study only required tens of joules per square meter of energy, while others required more than 300 joules per square meter. We don’t know which bacteria are present in the food, and how many of them are, so we always target the most tenacious one and destroy the others by the way. Therefore, the energy intensity for UV sterilization needs to be above 400 Joules per square meter.

At present, there are three main types of applications of UV sterilization in the food industry:

The first is the disinfection of food carriers or food production equipment. For carriers or equipment, microorganisms always stay on the surface, and the weak point of poor UV penetration is irrelevant. The advantages of not heating and introducing other substances (including water) are fully utilized.

The second is the pretreatment of food processing water. Compared with the “chemical means” of adding chlorine or chloride, UV sterilization without the introduction of chemicals can avoid the risks of sterilization by-products and the odor caused by germicides.

Third, at present, the main food that is directly sterilized by ultraviolet is fruit juice. The flavor of fruit juice can be easily changed by heating, so “non-thermal processing” is attractive in fruit juice production. The name of the fungicide makes consumers dislike it, so UV sterilization that does not change the flavor and does not introduce “chemical ingredients” has a great use.

How to Use Salmon Slicer Machine?

The Groundnut Roasting Machine Was Sent to Indonesia